After more than thirty years of service as one of the Navy’s top aviators, Pete “Maverick” Mitchell (Tom Cruise) is where he belongs, pushing the envelope as a courageous test pilot and dodging the advancement in rank that would ground him.

Movie Trailer Roundup   Upcoming Movies That Can Be Found In This Video: 0:05 – FOR ALL...

In previous years, the jury-selected Golden Lion was awarded to The Shape of Water and Roma — two films that then went on to become big Academy Award winners. Joker has proven to be the big critical surprise of the 2019 Venice International Film Festival.

Directed by self-proclaimed genius, Quentin Tarantino.
Synopsis (courtesy of IMBD.com): A faded television actor and his stunt double strive to achieve fame and success in the film industry during the final years of Hollywood’s Golden Age in 1969 Los Angeles.
Quentin Tarantino called this his “masterpiece.” In fact, he said recently that it may be the last movie he ever makes. He thinks it’s that good.

Which Spider-Man is the best Spider-Man? We fought it out. 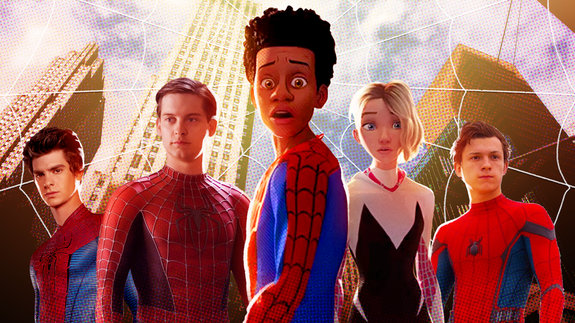 Over the past 57 years, we’ve seen Spider-Man rebooted, rebranded, spun-off, multiversed (sp?), memed, turned into a popsicle, and more. He’s been Peter Parker, Miles Morales, Gwen Stacy, and, on one particularly noteworthy occasion, an anthropomorphic pig voiced by John Mulaney.

In Marvel’s Spider-Man: Far From Home, Peter Parker’s latest on-screen appearance, the iconic hero is portrayed by none other than MCU golden boy Tom Holland. It’s Holland’s fifth time in the role, and arguably one of his best performances. Read more…

What critics thought of ‘Spider-Man: Far From Home’ 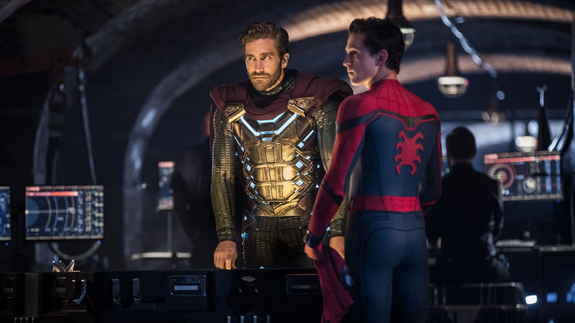 The reviews of Spider-Man: Far From Home are rolling in and critics have mixed feelings about the epilogue to Marvel’s grandiose Infinity saga.

As the follow-up to Avengers: Endgame, Spider-Man: Far From Home has a lot of eyeballs on it as fans eagerly await to see the fallout of the final conflict and see what Marvel is setting up for its next phase of movies.

Reviews have noted that it’s refreshingly lighter and more fun than Endgame, making it a great palette cleanser follwoing years of major conflict, while simultaneously exploring some of the threads that Endgame left dangling and, of course, injecting some FX-heavy action and adventure along the way.  Read more…

Woody, Buzz, and the rest of the gang embark on a road trip with Bonnie and a new toy named Forky. The adventurous journey turns into an unexpected reunion as Woody’s detour leads him to his long-lost friend, Bo Peep. As Woody and Bo discuss the old days, they soon start to realize that they are two worlds apart when it comes to what they want from life as a toy.