Author Evan Oldford | Between The Covers…

In this edition of Between the Covers, I’ll be discussing debut author Evan P. Oldford’s new non-fiction book, Ghost Rules: Unspoken Secrets to Getting Ahead.

When I spoke with Evan and asked him what motivated him to write, he gave me a reply anyone in his situation could identify with. 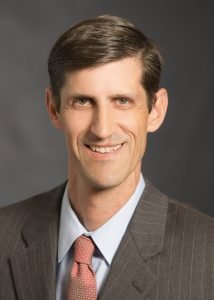 ”I did not set out to be an author. My cancer diagnosis of Multiple Myeloma made me think about what type of legacy I could leave. I wanted to pay it forward by sharing what I’ve learned over the years. I started writing and sharing my thoughts. One chapter turned into two, and two turned into three…and Ghost Rules finally took shape after a few years.”

A rural New Jersey native, Evan is a self-described introvert.

“I was a middle child. I was always outside building or tinkering with something. I would love to take things apart to figure out how it worked. This curiosity followed me through the years into my professional pursuits. I would label myself a problem-solver.”

Evan said he wanted to share the knowledge he gained from his real-world experience that could help a recent graduate or someone trying to change careers. Evan shared about his work life.

“I’m a Senior Director for a Security Engineering group at Cisco Systems, where I manage a globally dispersed team in my day job. This gives me the opportunity to see how Ghost Rules can be applied in the workplace. I see employees struggle with advancement, they get frustrated, and Ghost Rules helps give perspective on how to engage more effectively in the workplace.”

Non-fiction writing is much different from fiction. I asked about Evan’s writing style.

“Business formal, expository. I break topics down into short, digestible chunks, trying to avoid being preachy. Some may say I write like how I speak.”

I asked Evan who has been most supportive of him taking the leap from executive to author!

“My wife, Alison, helped me design the cover of Ghost Rules. My mother-in-law gave candid feedback on early drafts of the book, which helped bring clarity and organization. My mom, on being an extra set of eyes and catching an embarrassing usage typo.”

Evan credits his ability to find an audience that will relate to him by the words of a famous writer.

“Embrace the concept that John Steinbeck coined, find an audience of one, and write to that individual. If you can successfully connect with your audience, you have won.”

Evan isn’t the only one in his family leaving a legacy of being an author. His mother, Alice Oldford has written four books. And Evan’s brother-in-law just published his first book too.

Ghost Rules is a peek behind the corporate curtain that HR does not readily make known. Knowledge workers often ask, “What do I need to do to get ahead?” You may get lucky and find the promotion path is easily trodden. However, as you proceed on your career journey and ascend, this path can become less clear. You will need to make wise choices at forks along your way to stay on course and find higher ground.

“Thoughtfully written and worthy of multiple re-reads. The author offers solid insights and approachable habits for success seekers while giving the reader perspective and curiosity for how to navigate their own career journey. Ghost Rules offers strategic advice and sheds light on understanding the overall market for career management. I applaud the author for sharing.”

“Ghost Rules is clearly written and well organized. Although written for corporate careers, it is easily applied to anyone and any institution. Its messages are universal on how to “get ahead” and it brings Oldford’s personal perspective on how to be an effective employee, manager, and leader. I highly recommend it for anyone navigating a career.”

“First off, the book is easy to consume. Reading front to back helps to get a comprehensive overview of the many factors of career advancement. Though, the book also invites to focus on a section/topic at a time and reflect on your own situation. – It provides easy to use tools and actionable recommendations in each section.

I found it particularly helpful that this book goes beyond what the individual can do, and really focuses on the organizational context and implications. (An area many other career guides miss or brush-over.)”

To learn more about Evan and his new book, Ghost Rules: Unspoken Secrets of Getting Ahead, please check out his links: