Author Al Pessin | Between The Covers…

This week on Between the Covers, we feature award-winning author and playwright, Al Pessin. 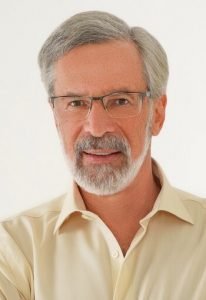 Al Pessin is a journalist who has spent forty years covering major news stories. Fifteen of those were spent overseas as a foreign correspondent. His stories have been featured in the L.A. Times, The Hill, Defense One, Politico, and Voice of America, among others.

He has had some exciting assignments from being a correspondent at both the Pentagon and White House to being expelled from China after the Tienanmen Massacre in 1989. Among his top-level assignment locales were Hong Kong, Islamabad, Beijing, Jerusalem, and London,

His idea to write his critically acclaimed debut, Sandblast was born from his numerous trips to Afghanistan with Secretaries Rumsfeld and Gates, and with senior military officers. Over the years as a member of the Pentagon press corps, Pessin visited Kabul, Iraq, Pakistan, and Guantanamo Bay.

I asked Al to tell me more about where he was from and how it influenced who he is.

“I was born in Philadelphia. We moved to Michigan when I was seven years old and stayed there through high school. My interest in journalism was sparked one day in seventh grade when we were told they were looking for people to work on the school newspaper. After that, I became the guy who took pictures at the games, interviewed the players and coaches, wrote the sports column, etc. My old-school English teacher said my writing finally improved when I started doing journalism. I went to Northwestern for its journalism program and got my job at VOA from there. I’m almost unique in journalism, having spent my entire career with one organization.”

We live in a contentious time even though immigrants have always been part of America’s fabric. Al explains how immigrants influence his writing. 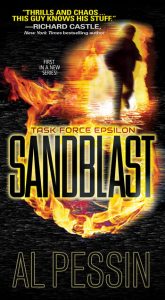 “I felt very strongly about the story and themes in Sandblast, including the unique capabilities immigrants bring to our armed forces, the role of women in national security, the difficulty of the missions we are asking them to take on in today’s wars, and, in spite of their bravery, brilliance, and hard work, the ambiguity of the outcomes they achieve at great cost. I had wanted to write that story for nearly a decade. When I finally had the time, I learned all I could about fiction writing and gave it a shot.”

Al wanted readers to know what’s really going on behind the scenes.

“I wanted to illuminate the struggles and bravery of our troops and the frustrations that they, and all of us, face when trying to do good in a foreign culture. I spent nearly 40 years as a journalist writing facts. When I turned to fiction, my goal was to write the truth. Although the story is made up, the themes it delivers are real.”

Al describes his definition of success for an author.

“It turns out that each success for an author comes with new goals. Any author who finishes a manuscript has succeeded. Polish it with an editor, and you’ve succeeded. Find an agent and/or publisher or self-publish—success. Hit sales targets, write another book, get a TV/movie contract—all new goals and possible successes, that no doubt come with new challenges, like continuing to produce quality work. So, I try to celebrate the successes as they come, before embarking on the next challenge.”

Al is currently working on the next two novels in the Sandblast series.

The tagline for Sandblast, courtesy of Amazon.com

The plane carrying the Secretary of Defense is blown out of the sky. The Defense Intelligence Agency greenlights an unprecedented response—Operation: Sandblast.

Blurb for Sandblast, courtesy of alpessin.com

“SANDBLAST tracks U.S. Army Lt. Faraz Abdallah, whose assignment is to use his ethnicity and language skills to get close to the new leader of the Taliban and Al-Qaida in remote eastern Afghanistan, and to call in an airstrike or Special Forces raid. In the process, Faraz is forced to become a terrorist and starts to lose himself in the seductive vortex of militant Islamic ideology. West Point grad and combat zone veteran Bridget Davenport runs his mission from the Pentagon, navigating political obstacles, changing priorities, and reports of an impending 9-11-scale attack.  She fights the military brass, the bureaucracy, and the president himself to keep Faraz safe. As Faraz falls more and more deeply into his undercover identity, Bridget finds herself in the White House Situation Room, the Oval Office, and under fire during a trip to Afghanistan. She is also adapting to her new civilian life as a single, 38-year-old woman working in a man’s world, and trying to figure out how she feels about her boyfriend Will, a Navy SEAL who is deployed in Afghanistan, just a few miles from the Taliban camp where Faraz is pursuing his mission. SANDBLAST is a tale of bravery and the ambiguity of outcomes in war and politics and has an ending that is simultaneously surprising and inevitable and begs for more from these characters.”

To learn more about this fascinating author, please check out his social media links below and don’t miss his book launch. It happens on March 31st.

“Al Pessin escorts you through thrills and chaos, writing with the sure hand of authority. This guy knows his stuff.”

● “In Sandblast, Al Pessin has crafted a taut action-thriller that really pulls you in. You’ll feel like you’re right beside the main character, on an increasingly perilous journey filled with impossible choices that threaten to change him at his very core. The plot is highly original, and I felt like I was there. It’s a great book.”

● “Sandblast is tense, believable, and relevant. Pessin calls on his years in the Pentagon and White House press corps for the keen details that bring this tale to life. There’s a high emotional content here, too, as we follow the almost impossible quest of a likable and massively outgunned hero.”

● “Sandblast is the definition of a terrific military thriller–straightforward, precise, and devastating. This timely, realistic story–with its authentic and knowing voice, and courageous main characters– propels readers to the peak of white-knuckled brinksmanship and will be awarded top marks by fans of Alex Berensen and Vince Flynn.”

● “So exciting, and so terrifyingly realistic, you won’t be able to put it down. If you like complex international thrillers, keep Al Pessin on your short-list of must-read authors.”

● “Sandblast is an aptly titled nail-biter of a thriller that opens at a pulse-rattling pace and only ratchets upwards from there. Al Pessin not only knows how to tell a story, but his journalistic background imbues this tale of an Afghan-American Army officer infiltrating a terrorist organization with compelling authority.”

—Les Standiford, author of Water to the Angels, director of the Creative Writing Program at Florida International University

● “Al Pessin brings a lifetime of frontline experience to a novel that could have been taken from today’s headlines. Utterly compelling and a cautionary tale for our times.”

—Retired Admiral James Stavridis, author of The Leader’s Bookshelf, former dean of the Fletcher School at Tufts University, former commander of NATO forces (including those in Afghanistan), and frequent media commentator

● “The author writes with incredible authenticity . . . exceptionally well-plotted . . . complex and consistent . . . each chapter adds a new hook . . . the story will appeal to a broad range of readers. We met the people, felt their anxiety, sweated with them in their decision process. This is a deeper story than it appears . . . the inner turmoil of [the] protagonists propel the story. The reader is pulled along, seeing lives lived, lost, and changed. [Faraz] is a heroic character of sequel-deserving merit.”

—Statement of the judges of the Royal Palm Literary Awards, given by the Florida Writers Association