Author David Wind | Between The Covers

This week on Between the Covers, we feature international award-winning author, David Wind. 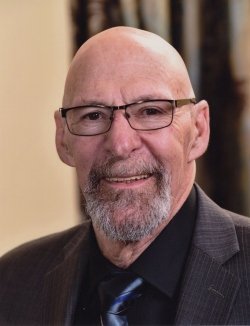 Besides being a prolific writer, David is the current Florida Chapter President of the Mystery Writers of America. The Florida Chapter is holding its famous annual crime-writing conference next month. That is known as SleuthFest, and hundreds of authors come from all over the country to converge in Deerfield Beach and learn from experts in the Mystery and Thriller genres as well as real forensic and law enforcement professionals. We will have more about SleuthFest at the end of this article.

He is such a prolific writer that we had to place his bibliography at the end of this article! David has published 40 novels in several genres.

Mr. Wind has a rare designation as an author. He is what is known as a “Hybrid” author. No, you won’t see a movie made about his superpowers. A Hybrid author is simply an author who has been both traditionally and independently published.

He has also written in the Mysteries & Thriller genre. Those titles include: The Hyte Maneuver, The Sokova Convention, The Morrisy Manifest, Desperately Killing Suzanne, The Whistleblower’s Daughter, and Out of the Shadows.

He hasn’t only had success in those genres, his Sci-Fi Fantasy series, Tales Of Nevaeh reached Amazon Top 100 bestseller rankings in multiple categories. The first book of that series, Born To Magic, reached genre bestseller status and has been downloaded over 70,000 times as well as won international awards.

When I asked David why he became an author, he said it was because he loved telling stories. And his readers love them too!

I asked David what his defining moment as an author was.

“Signing my first book contract and seeing the book published.”

But, when I reviewed David’s social media information, I found something out that I never knew. He gets bragging rights!

“David’s Contemporary Fiction novel, published in December of 2017, ( a publishing first) is based on the Harry Chapin Song, A Better Place To Be. A B.R.A.G. Medallion Honoree, it also received the Bronze Award for Literary Excellence from Irelands DD International Awards. His Non-Fiction book, The Indie Writer’s Handbook, is David’s second book to be honored with a B.R.A.G. Medallion.”

David said more books are in the works.

“(I am currently working) on the fifth book in my Sci-Fi series, Tales of Neveah, and following that, I have a Mystery/Thriller in mind.”

His self-described writing style is visual and eclectic, and that reflects in his reviews. David has a massive fan-base that can’t get enough of his novels.

David’s first line of writing reality is the feedback from his supportive wife, Bonnie. She reads his manuscripts and does the first round of line-editing. His children also have input about his works. David values the views of his readers and tries to incorporate storylines that reflect his laid-back attitude.

He offers advice for inspiring authors.

“Don’t give in to pressure; write what works best for you.”

To learn more about David, please check out his links to social media and the bibliography below.

A Better Place To Be: Based on the Harry Chapin Song

To learn more about SleuthFest or Mystery Writers of America, please check out the information and links below:

“SleuthFest is our annual conference. SleuthFest 2020 will be March 26-29 at The DoubleTree by Hilton in Deerfield Beach. This four-day event includes bestselling authors as well as keynote speakers, editors and agents, book signings, an on-site bookstore, raffles, special social events, and more. SleuthFest has garnered a reputation as one of the premier mystery writers’ conferences in the country.”