Author Kerryn Reid | Between The Covers…

This week on Between the Covers, award-winning author, Kerryn Reid.

I asked the native Massachussian about her writings.

“Learning to Waltz is an award-winning historical novel centered on the love story between a widow left with a small child and smaller resources, and an aristocratic gentleman who has no business courting such a woman. It’s set in England’s Regency period, the early 1800s.

My new book, Anna’s Refuge, takes place in rural Yorkshire during the same era. Trusting and naïve, Anna falls for a rake and his lies and suffers the consequences – including the social ruin attached to unwed mothers of her time. That rake has a brother who’s desperate to protect her. But what kind of woman would condemn a man to a marriage he can’t possibly want, raising a child not his own? 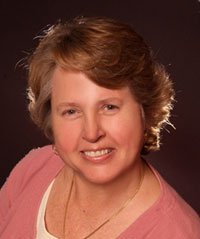 I’ve also written a modern-day novella titled Butterfly in a Hurricane set here in SW Florida. It’s about a shy young woman with Asperger’s Syndrome who falls for a Lee County Sheriff’s Deputy. They’re a mismatch, Type A vs. Type Z… Can they find happiness in the middle of the alphabet?”

Current projects include Anna’s Refuge is the first book in my Wrackwater Bridge series… so I’m working on the second one. It’s another romance about another mismatched couple.

Kerryn’s childhood love of reading influenced the decision for her to become an author.

“I’ve loved to read ever since I can remember. As a teenager, I fell in love with romance fiction, particularly historical novels. I kept reading them as I grew up, and eventually, a story came to me – a single scene, actually, from Learning to Waltz – and it grew from there.”

Kerryn offered advice for anyone who would like to write.

“Start writing! There are SO many resources for learning the craft. But don’t lock yourself in an ivory tower. Writers are a special breed, and there are things about writing that your non-writing friends and family will never quite understand. So join a group, whether in person or online; that support is invaluable.”

Kerryn described what it was like to grow up in New England.

“I had an idyllic childhood in Amherst, Massachusetts, a small town with a big university, where I and all my friends were children of a professor or two. Truly an intellectual microcosm.  I had loving parents, a small group of close friends, a safe and nurturing school system. Probably like most of those academic families, mine was composed of readers.

Another big influence was to travel. My mother grew up in a traveling family – her parents went around the world back in the 1950s, when it was a bit less comfortable than it is today! Her ambitions were hampered somewhat by my father, who hated to fly, but we drove through much of the U.S. and she got us all to Europe on several occasions. That’s how I met and fell in love with England.”

I asked Kerryn why she felt the need to tell her stories.

“My books highlight the struggles of women – and sometimes men – marginalized by class or circumstance. The Regency is a perfect backdrop for class differences, mired in a rigid system but with big changes on the horizon fueled by the industrial revolution, a burgeoning merchant class looking for new status from their wealth, and increasing discontent among the less advantaged. Things are different today, but there’s still plenty of prejudice and social inequity. Modern girls in Anna’s situation have more alternatives than Anna, but the obstacles are still enormous.

Some authors of historical fiction are drawn to the big picture: wars, politics, social upheaval. But I write love stories, and love stories – mine, at least – are intimate things. In the Regency era, a woman’s world was bounded by family, community, and the progress of the seasons, and very much by society and its rules. Since I strive for an authentic feel of the period, my heroines share those limitations. But the hero and other male characters add a broader perspective.”

Money isn’t everything. Kerryn described what defines her success.

“I most love hearing what readers like about my stories. Whether they send me an email or go public with a review on Amazon or Barnes & Noble or Goodreads, there’s nothing more likely to make my day!”

To learn more about Kerryn, please check out these links:

“Butterfly in a Hurricane”