Author Jane Plitt | Between The Covers…

In this week’s edition of “Between the Covers,” we feature multiple award-winning writer, Jane Plitt.

Jane Plitt has a fascinating backstory herself but Jane has uncovered a rather undiscovered figure in history that has a real significance in the women’s movement. This led Jane to write several highly-rated books about this little-known female powerhouse in the business world. 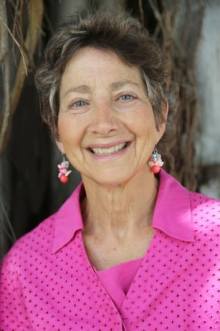 Jane is a contributing writer for many prestigious publications including the Chicago Sun-Times, Wall Street Journal, Bradenton Herald, Sarasota Herald, Rochester Beacon, and was featured as the cover story of Franchising World as well as appearing in her own business column in the Rochester Democrat & Chronicle.

She has an extensive backlist of articles and is an internationally-known lecturer. Her expertise extends beyond but includes; creative marketing, economic development, entrepreneurship, and women’s rights issues. She is a frequent speaker both corporately and to Fortune 500 groups.

A graduate of Cornell University’s School of Industrial & Labor Relations, Plitt is recognized in Who’s Who in the United States and the World.

In perusing Jane’s website, which is dedicated to this historical feminist she writes about, I became enveloped in a story that has been omitted from the history books. Jane’s blog is full of interesting information about a woman named Martha Matilda. I encourage you to read her entries here: http://marthamatildaharper.org/

In 1996, Jane was appointed a Visiting Scholar to the University of Rochester to pursue her research about Martha. She gathered so much information that she turned it into a book entitled, Martha Matilda Harper and the American Dream: How One Woman Changed the Face of Modern Business.

It was released May 2000 by Syracuse University Press. Harper was then inducted into the National Women’s Hall of Fame along with the American Business Hall of Fame, as a result of Jane’s research.

In 2018, Plitt co-wrote a young adult version of the Harper story, Martha the Hairpreneur, with Sally Valentine.

In 2019, a paperback version of the Harper biography was released.

How the Idea Came to Jane

Known as a curious and determined entrepreneur, she stumbled across a brief clipping about Martha Matilda Harper. Plitt spent six years uncovering Martha’s life story. This led Jane to travel across the United States and Canada to do more research. She found herself embraced by Martha’s relatives, as well as former and active Harper shop trainees and owners. Even though she died in 1950, Jane feels a strong connection to the positive and powerful influence Martha had on the business world. As someone who was a tour-de-force as a female entrepreneur, Jane felt an instant connection to Martha.

The most important theme in Martha’s story was being an overcomer. After Martha was forced into servitude, she persevered and came out a businesswoman whose mission was helping other women franchise so they too could get out of poverty. This is a true underdog story that is timely, even almost 70 years after Martha’s death.

To learn more about Jane, please check out the links below: