Author Pat Stanford | Between The Covers…

In this week’s edition of “Between the Covers,” we feature award-winning author, Pat Stanford.

Pat has two books in her backlist, Fixing Boo Boo; A Story of Traumatic Brain Injury – which is Pat’s memoir about her sister, Barb, who was born with cerebral palsy. Unfortunately, Barb was involved in a car accident – which further exacerbated her condition.

That book went on to win a gold medal from the Florida Author’s and Publishers Association and a five-star review from Readers’ Favorite. 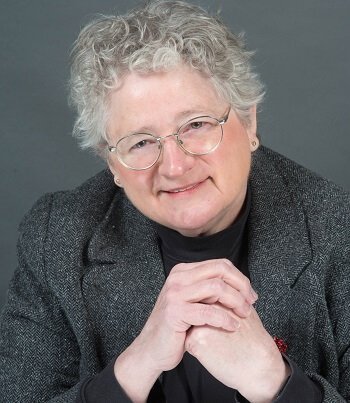 Pat’s second book, Proverbs of My Seasons; Poetry of Transition, is her first poetry book. She has won two medals from the Florida Authors and Publishers Association for this book, which will be awarded to her in August.

She is currently working on her second poetry book, as well as updating Fixing Boo-Boo as well as writing a companion book, featuring twenty or more individual stories.

Pat has a great sense of humor. I asked Pat why she wanted to write a book.

“Because when I ran away and joined the Air Force, that didn’t work out for me. But seriously, I have been writing something since I was about 10, mostly poetry and short stories due to my attention span.”

I asked Pat to recommend some writing groups or author affiliations she recommends.

“Well, my favorite has to be Tallahassee Writers Association because if I didn’t say that, they would impeach me as their President. I have a critique group which has helped me so much with my development as a writer. I’m also on the board of FAPA.”

Being called, hard-working, sincere, snarky (although I can’t imagine why), artistic and driven, Pat channels her Pennsylvania roots for her casual narrative and humorous style.

“I was born in Philadelphia, but we moved to Delray Beach, Florida when I was a year old. My dad was a farmer, looking for year-round growing seasons. I grew up in South Florida and lived there until a brief stint in the Air Force took me to California. After that, I returned to South Florida until my husband was transferred to Tallahassee.

I was shy and had few friends as a child, so spent untold hours alone in my bedroom, writing poetry, ditties and short stories for my own amusement. I wrote songs based on popular ones I heard on the radio and eventually got a guitar to accompany myself. I could spend hours in my magic room without blinking an eye. I graduated from Florida State University with a B.S.in Secondary Education, which was never used for its intended purpose.”

Pat felt she needed to get her first book out for others but her second book was for her husband, who has been very supportive, and asking her to write it for years!

“The first book was the culmination of a few years taking care of my sister, someone I was not close to, and who made life for my husband and me very difficult. It is the story of a brain-injured woman who has to go live with her sister when her caregiver husband dies. My husband and I had no idea what we were getting into, but we sure found out! It is important for people to read and understand that they are not alone in their frustration and stress of taking care of someone like her. I get comments from people a lot, thanking me for writing the book since they can’t.

The second book, a book of poetry, is a collection of things I have been writing since I was a child (don’t worry, I updated the language from kindergarten to at least high school). That is important mainly to me, but other people can visualize what I write in a poem and perhaps feel a way they wouldn’t otherwise feel or think of something in a way they hadn’t thought of before. I have always written poetry for myself and therefore it is very personal, but I also wanted to start sharing it because it really does connect people in its own strange way.”

Pat is proud of the awards she has won. But everyone loves the color gold.

“I was at the Decatur Book Festival last year and a kid came up and was looking at my gold medal, which I like to drape over one of the books. He grabbed it and ran down the street, but thankfully a fellow author saw him and ran after him, catching up to him when he got stopped in a bottleneck of people.”

I asked Pat if she could have dinner with any author, living or dead, who would it be. I was glad this was a long-distance interview when she responded.

“Edgar Allan Poe. I really need to know why we are so alike.”

I asked Pat if she has changed since becoming an author.

“I think I am a better writer due to critique groups, listening to other authors at signing events and trying to learn the business end of all this. I am more willing to try other genres and am more flexible as a whole.”

“First and foremost: learn HOW to write. There are so many absolutely horrible books out there by people who think they can just sit down and write without the basic tools of language, that it makes my head spin. Take classes, READ other authors, get an EDITOR!”

To learn more about Pat and her latest books, check out the links below.