Author Samantha Caprio-Negret | Between The Covers… 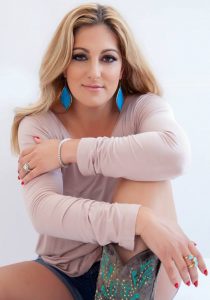 In the spotlight this week is author Samantha Caprio-Negret, also known by Sam or Sami. Sam’s upbringing had a profound effect on her development as a person that is evident in her writing.  She says that growing up in a nice suburban, middle-class neighborhood with the blending of predominantly Jewish families and those like her Italian Catholic family, although they were more spiritual than religious, was an environment that fostered longevity in relationships.  She developed many lifelong friends growing up and also witnessed the lasting commitment of marriage in her upbringing in the community and her own home; her parents are still together after over 50 years.

Another major factor in Sam’s developing the voice and personal core that’s reflected throughout her work was growing up with two sisters, one of whom has mental challenges, which is what instilled in her a profound understanding and learning of  compassion, patience, and empathy. A gift she still cherishes and has today. Her other sister is a photographer and non-fiction writer.  So it would seem her childhood, one would wistfully call Mayberry-esk in today’s world was a solid foundation for breeding creativity.  But as Sam tells us it was the blending of that time  where children still played outdoors climbing trees and catching tadpoles in their back-yard lake while ushering in the era of emerging technology and pop culture.  Nintendo was starting to become popular, and 80’s music, cinema, fantasy, books, and shows played a pivotal role in my life — deeply influencing me as a writer and storyteller today.  Complete the recipe with a heavy dose of her American-Italian culture that you’ll notice it in all of her writing.

Ms. Caprio-Negret has published one book — a fantasy, middle-grade novel — RAINBOW CRYSTAL, which was released on May 15, 2018, by CLEAN READS (ASTRAEA PRESS). She has also just signed a publishing deal with BURCHETTE & FERGUSON for her humorous, animal-talking, chapter book, MURPHY: THE PHAT CAT, which is coming out in August 2019. Samantha told SWFL Online News “RAINBOW CRYSTAL has been such an important and huge part of my life, not to mention, so close to my heart. It’s affected everything about my career and path as a writer! It’s the beginning, but it will also come back around full circle. It’s my first-born baby out into the literary world. That’s bittersweet! “

She began writing when shortly after her grandmother, who was a poet and who she was very close with passed away and she found her booklet of poetry. At just six-years-old, she was blown away by how inspiring they were and wanted to be like her.  In an effort to connect with her lost grandmother she bought a black-and-white notepad, picked up a pencil, and started writing. And doesn’t think she’s ever stopped since.  “Except,” as she says with a laugh, “while I was having my babies…giving birth and breastfeeding.  But, not for long.”  Sam hopes her readers leave with a positive message of love and hope, courage and strength, true friendship, family values, beauty and imagination, magic and miracles. Mainly, she hopes they just get lost in my stories.  She describes her writing as chocked full of adjectives and strong verbs, flashbacks, and dreams. 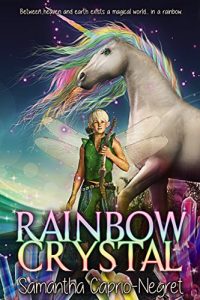 We asked Sam what are some of her favorite authors, and there are many – children’s book authors are: E.B. White (Charlotte’s Web); Wilson Rawls (Where the Red Fern Grows); All of the Judy Blume books; Ann M. Martin (Baby-Sitter’s Club Books); Stephenie Myer (Twilight Series); J.K. Rowling (Harry Potter Series); Frank Baum (Wizard of Oz); The Princess Bride and The Neverending Story; Dr. Seuss books, of course!!  And  for adult fiction writers, Elizabeth Gilbert, and Maya Angelou.  She said “You can find me obsessing over Dr. Seuss, Albert Einstein, Maya Angelou, Winston Churchill, F. Scott Fitzgerald, Martin Luther King, Jr., and Stephen Hawking quotes!!!”  She is also an avid reader of self-help books, the supernatural, afterlife, encounters with angles, and near death experiences.  And she says, “Sometimes, you won’t know if it’s really happening to them or not. But, it always ends up connecting in some way. My strong point is plot and world-building.”

Sam’s advice for aspiring writers is Practice, practice, and more practice. Keep writing. Don’t stop and don’t give up. It is very competitive. Embrace that much rejection, revisions, years of the waiting game, and lots of patience come with the territory. If you can be open to all of those components, then it’s definitely for YOU! If not, find something else. It’s not for the faint of heart.

Although  Ms. Caprio-Negret  aside from being an accomplished writer is first and foremost most proud of her accomplishments  of being a mother to two children, her successful marriage of almost thirteen-years (been together twenty, though).   Her philosophy is “We all shouldn’t just be existing, but living the fullest life we were each meant to live. You only got one — make it count! Also, if you have the resources or a platform, use it to help and give back to others. Giving is receiving! “

What’s coming up for Samantha Caprio-Negret?  Her  humorous CB, MURPHY: THE PHAT CAT with BURCHETTE & FERGUSON is to release next year in August, her  screenplay, MANO NERA (BLACK HAND), is based on the true story of my Italian great-grandparents, and is a gangster-romance-drama /time period piece,  and is working on writing the sequel to RAINBOW CRYSTAL: The Special Boy Who Could.

You can follow Sam on her Facebook , Samantha Caprio-Negret, or on Instagram @samcap924. Sam’s book Rainbow Crystal is available on Amazon.com and upon request at most bookstores.